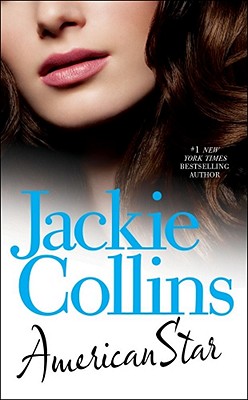 Power. Sex. Money. Fame. The new Hollywood wives have it all. And if they don’t have it—they want it. And whatever these women want—they get. Ambitious, young, smart, and lethal, the Hollywood wives are back with a vengeance, pushing their way to the forefront. Forget shopping—they’re into achieving everything their famous husbands have and more, and they don’t care how they do it.

Three talented, ambitious dreamers have struggled for super-stardom—and lived hard and fast in a mind-bending whirl of parties, drugs, and sex. Now their fates collide at the plush Los Angeles estate of a powerful music industry magnate, where one man’s secret vendetta will trap them in its sudden, murderous heat....

Nick and Lauren can never forget each other. Teenage small-town lovers—he from the wrong side of the tracks, she the prettiest girl in town—their love was the town scandal, forbidden, sizzling and unforgettable, ending abruptly in a tragedy that sent them into separate orbits. As Nick and Lauren both rise to fame, haunted by the secret they share, they try to live without each other—only to find they can’t.

Jackie Collins lived in Beverly Hills where she had a front row seat to the lives she so accurately captured in her compulsive plotlines. She was a creative force, a trailblazer for women in fiction and in her own words “A kick-ass writer!”
Loading...
or support indie stores by buying on
(This book is on backorder)