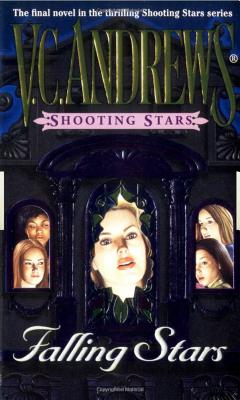 All the world's a stage—but what if the play doesn't go as planned?

Four talented girls from vastly different pasts share a dream of stardom: Cinnamon, the edgy actress; Ice, the phenomenal vocalist; Rose, the beautiful dancer; and Honey, the first-rate violinist. The four meet at the prestigious Senetsky School of the Performing Arts—housed in an ornate New York City mansion—and become instant friends as they take off on a dazzling whirlwind of intense classes, theater outings, and celebrity-studded parties. And together they bend the strict house rules of Madame Senetsky, a famous actress who guarantees success for students under her tutelage.

But they soon realize this is no ordinary school. Madame Senetsky pushes the girls' studies beyond reason. She controls their social lives. And they get the strange feeling someone is watching them.

Cinnamon, Ice, Rose, and Honey set out to untangle a shadowy web of Senetsky family secrets. As they explore dark corners and hidden rooms, every creak and moan of the old mansion tells a story too frightening to repeat. A devastating story that can destroy their dreams...

One of the most popular authors of all time, V.C. Andrews has been a bestselling phenomenon since the publication of Flowers in the Attic, first in the renowned Dollanganger family series, which includes Petals on the Wind, If There Be Thorns, Seeds of Yesterday, and Garden of Shadows. The family saga continues with Christopher’s Diary: Secrets of Foxworth, Christopher’s Diary: Echoes of Dollanganger, and Secret Brother, as well as Beneath the Attic, Out of the Attic, and Shadows of Foxworth as part of the fortieth anniversary celebration. There are more than ninety V.C. Andrews novels, which have sold over 107 million copies worldwide and have been translated into twenty-five foreign languages. Andrews’s life story is told in The Woman Beyond the Attic. Join the conversation about the world of V.C. Andrews at Facebook.com/OfficialVCAndrews.
Loading...
or
Not Currently Available for Direct Purchase