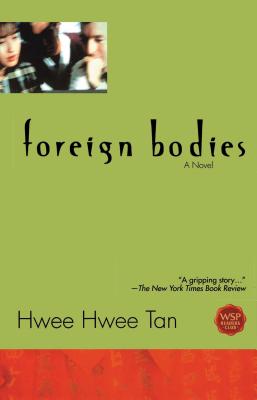 Trouble often comes with a late-night phone call. So it comes to Mei, a twenty-something Singaporean lawyer about to face the greatest trial of her life. Her English boyfriend Andy, working in Singapore as a teacher, has been arrested, accused of masterminding an international betting ring. Under Singapore's draconian system of justice, he has but nine short days to prove his innocence or face life in prison. With time running out, Singapore native Eugene, Andys best friend and Mei's childhood playmate, flies in from Holland to help uncover the truth, a search that will unearth long-hidden secrets and forever challenge the moral, ethical, and spiritual framework of their lives.
Exploring the chasm between Singapore's pop culture and traditional values, the friends' Gen-X cynicism and their gnawing hunger for direction and meaning, Hwee Hwee Tan delivers a powerful novel of clashing cultures and swirling spiritual quests, in which the wit is as sharp and unafraid as the insight it offers.

Kirkus Reviews Witty, hip, engrossing -- and utterly astonishing both in breadth of feeling and depth of intelligence: one of the strongest and most original works of the year.

The Wall Street Journal A milestone.

Los Angeles Times Book Review Tan digs through the irony to get at her characters' buried secrets -- their "foreign bodies" -- making us care about these precocious, clueless border-crossers.

Chuck Wachtel author ofJoe the Engineer and The Gates The world the narrators of this extraordinary novel inhabit -- ours, now -- tries to deny them the knowledge of how much it injures them just to live in it. In voices that are lightning fast and sharply observant, that are as uncertain as they are wise, that dare to be funny even when they should not be, they struggle to take back the meaning of their lives. This -- in our particular moment in human history -- makes them heroes, and makes their story a great pleasure to read.

Publishers Weekly Tan's lucid and wide-ranging first novel is a memorable portrait of disenchanted and feckless youth, a narrative that gains indelible resonance as the plot unfolds....This seductive novel moves with furious grace to a transcendent conclusion.

The Economist A novel of distinction almost indecently accomplished for a twenty-three-year-old.

Hwee Hwee Tan was born in 1974 in Singapore. She has lived in the Netherlands and studied English Literature at the University of Oxford. Her award-winning short stories have been broadcast on the BBC. She currently lives in New York City, where she is a New York Times Fellow at the NYU writing program.
Loading...
or support indie stores by buying on