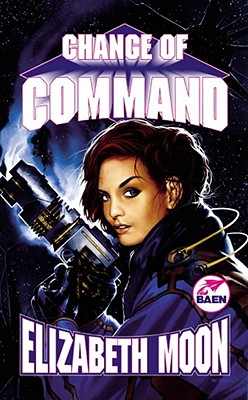 THEIR UNIVERSE IS FALLING APART!

Rejuvenants fear the backlash caused by bad drugs; they want to ensure that nothing interferes with their pursuit of long life -- or the profit that comes from promising it to others. Neighbor states fear the aggressive expansion of the Familias Regnant, fuelled by population growth and extended lifespan. Within the Regular Space Service, those who have received experimental rejuvenations fear they may have been given bad drugs on purpose. Esmay Suiza's family fears that her marriage to an offworlder will damage their position. Barin Serrano's family fears that his marriage to a Landbride of Altiplano will damage his career and their reputation.
Fear begets violent reactions -- from foreign governments, from great Families determined to maintain or increase their power, from internal rivalries in the Fleet -- and nothing escapes the resultant bloodbath unscathed. As Esmay and Barin struggle to reconcile their families, others have more cosmic struggles to win.

When not writing, Moon enjoys photographing wildlife and native plants, singing in a choir, cooking for friends and family, drawing, reading, knitting, and lying in a hammock pretending to be plotting the next book. She and her husband subscribe to and read several science and medical journals (since they're not near any academic libraries.) She lives in Florence, Texas, with her husband and son.
Loading...
or support indie stores by buying on