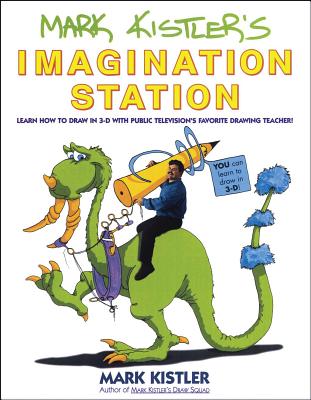 Host of public television's Mark Kistler's Imagination Station, shows young artists the cool and fun way to draw in 3-D!
Hey, you! Open this book and learn how to draw in three dimensions! Mark Kistler's Imagination Station has thirty-six exciting drawing adventures. Mark teaches you the different skills you need in order to create such masterpieces as:
* Dinosaurs in the Sky
* The Cool Cloud Colony
* The Magnificent Moon Base
* The Delightful Diving Dolphins
* Professional Pollution Patrollers
* Super Solar System
* And thirty other excellent adventures that will have you drawing like this:
There's also a special guide for parents and teachers at the end of the book.