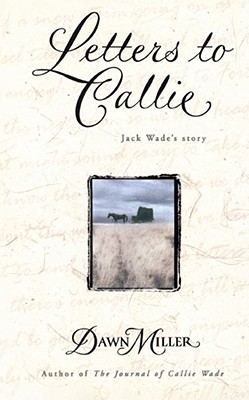 From the author of the acclaimed frontier novel The Journal of Callie Wade comes a magnificent chronicle of courage, trial, and triumph...
Montana Territory, 1864: Jack Wade had nothing to lose when he left the wagon train that carried his sister Callie westward. Heartbroken over losing their sister Rose and wanted by the law, Jack heads to the only place for wild souls like himself: the rough-and-tumble gambling town of Virginia City. What he finds there outshines any prize won at the gaming tables -- he discovers Lillie, the down-to-earth card dealer who could be the love of his life. But just as Jack makes a fresh start, a murderous enemy crosses his path -- an explosive twist of fate that forces Jack to leave Lillie and sends him on the run once again.
Out on the trail, wounded and half-starved, Jack is rescued by Raven, a beautiful Blackfoot woman, and with her tribe he finds the peace he seeks. But unseen adventures -- some tragic, some redemptive -- await Jack before he finds a place to call home....Written on the run or by the campfire light, in times of joy and grief, Jack's letters to Callie reveal his unforgettable journey as it unfolds -- and stand as a moving testament to the strength of the human spirit.

Dawn Miller is the author of several novels, including The Journal of Callie Wade and The Prophecy. She is a member of numerous Western associations and a collector of classic Western literature, pioneer diaries, and journals.
or support indie stores by buying on
Copyright © 2020 American Booksellers Association