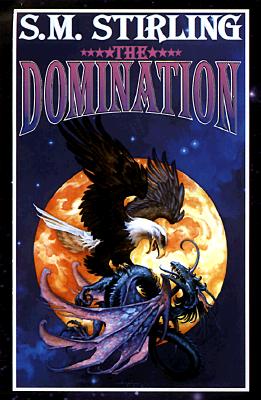 THE TERRIFYING, TYRANNICAL SAGA OF THE DRAKA --

In Marching Through Georgia, Under the Yoke and The Stone Dogs, S.M. Stirling traced the rise of the Domination of the Draka and its long struggle with the United States and the American-led Alliance for Democracy. In this alternate history, the Americans who rejected the Revolution did not scatter to the four winds and Canada; a slight change in the course of events brought them to the new Crown Colony of Drakia instead . . . starting with the Cape of Good Hope and soon encompassing the whole of the rich subcontinent of Southern Africa. Soon burning resentment and limitless ambition spurred the expansion of the people who called themselves the Draka.

There they built the Domination, an empire of inconceivable wealth and savagery, founded on conquest and slavery. It grew until it spanned the African continent, and then in the Great War of the early twentieth century to include much of Asia as well. In the Eurasian War, Germany and the Soviet Union exhausted each other and the Draka stepped in, leaving the Domination triumphant from the English Channel to the China Sea. Only the United States and its allies stood between the Draka and their dream of an enslaved humanity.

By the 1990's, the Draka commanded the stuff of life itself, mastering biotechnology until they could create new species at will . . . and transform themselves into the Master Race of their savage dreams. The Alliance for Democracy traveled another path, into the mysteries of the physical universe and the technology based on such knowledge. The final confrontation would settle which was more powerful . . . or leave the earth a lifeless rock where nothing humanremained but bones.