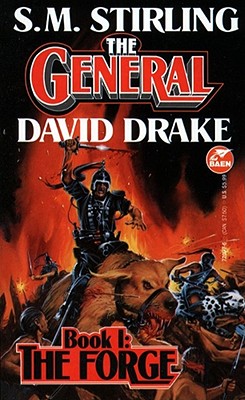 Raj Whitehall was a young noble of the Civil Government, the last remnant of galactic civilization on the planet Bellevue. Possessed of an unparalled strategic genius, Raj dreamed of leading his people's armies to victory against the barbarians who threatened to engulf them.

Yet it was not exterior enemies who were Raj's greatest challenge, but the Civil Government itself. Its bureaucrats had become corrupt extortionists. The ranks of its armies were filled with barbarian mercenaries ready to turn on the paymasters they despised. Those at the highest levels sank their knives into each other's backs even as the barbarians closed in. And the Governor himself, the man to whom Raj was sworn and given absolute loyalty, nourished a paranoid envy and mistrust that grew with every victory Ray won...

Luckily for Bellevue, Raj had a hidden asset beyond the worship of his troops and his own genius for war. Raj was possessed of- or possessed by- a "guardian angel" that guided him inexorably toward the goal of planetary dominion. But could even a battle computer of the Galactic Age be enough to counter the fury of Raj's enemies...and the treachery of his "friends"?