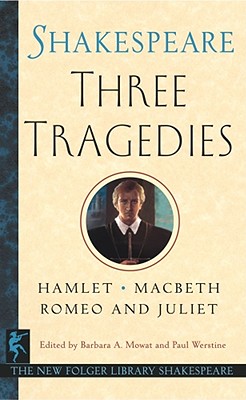 The star-crossed lovers of Romeo and Juliet, the madness and vengeance of Hamlet, and the corrupting lust for power of Macbeth—this collection of three of Shakespeare’s greatest tragedies is based on the acclaimed individual Folger editions of the plays.

The authoritative edition of Romeo and Juliet, Hamlet, and Macbeth from The Folger Shakespeare Library, the trusted and widely used Shakespeare series for students and general readers, includes: