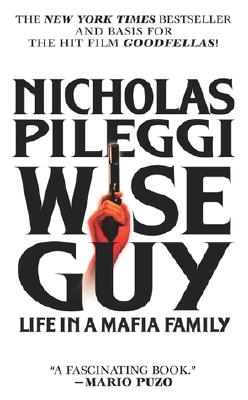 Wiseguy is Nicholas Pileggi's remarkable bestseller, the most intimate account ever printed of life inside the deadly high-stakes world of what some people call the Mafia. Wiseguy is Henry Hill's story, in fascinating, brutal detail, the never-before-revealed day-to-day life of a working mobster -- his violence, his wild spending sprees, his wife, his mistresses, his code of honor.

Henry Hill knows where a lot of bodies are buried, and he turned Federal witness to save his own life. The mob is still hunting him for what he reveals in Wiseguy: hundreds of crimes including arson, extortion, hijacking, and the $6 million Lufthansa heist, the biggest successful cash robbery in U.S. history, which led to ten murders. A firsthand account of the secret world of the mob,

Wiseguy is more compelling than any novel.