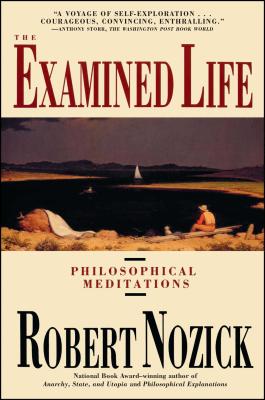 One of this century’s most original philosophical thinkers, Nozick brilliantly renews Socrates’s quest to uncover the life that is worth living. In brave and moving meditations on love, creativity, happiness, sexuality, parents and children, the Holocaust, religious faith, politics, and wisdom, The Examined Life brings philosophy back to its preeminent subject, the things that matter most.

We join in Nozick’s reflections, weighing our experiences and judgments alongside those of past thinkers, to embark upon our own voyages of understanding and change.

Robert Nozick (1938-2002) is the author of Anarchy, State, and Utopia, which won a National Book Award in 1975, Philosophical Explanations, which received the Ralph Waldo Emerson Award, Phi Beta Kappa in 1982, and The Examined Life. He was the Arthur Kingsley Porter Professor of Philosophy at Harvard University.
Loading...
or support indie stores by buying on