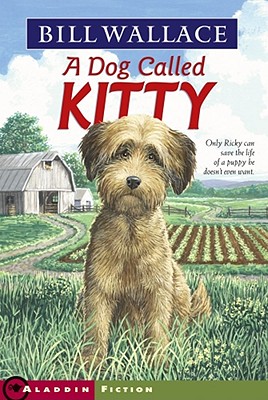 The puppy was small and fuzzy, with a friendly, wagging tail -- and Ricky was afraid of him!
No wonder, since he was attacked by a dog when he was just a baby. So when a stray puppy comes sniffling around the farm, Ricky tells it to get lost.
But the puppy keeps trying to play with Ricky. And every time Ricky's Mom feeds the cats, the little dog comes running. The cats aren't sharing their food, however, and the poor pup is slowly starving.
If Ricky doesn't overcome his fear, the little puppy may die -- but if he lets himself get close enough to feed it, he may find the best friend he's ever had!
Winner of the Texas Bluebonnet, the Oklahoma Sequoyah and the Nebraska Golden Sower Awards.