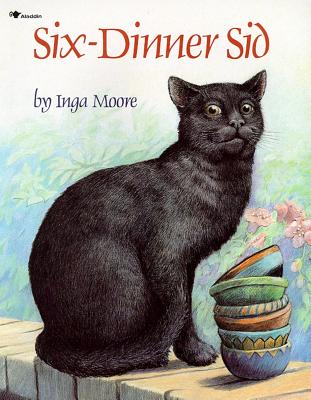 One sly cat plays the pet of six different owners so that he can get six dinners every night.

Since the neighbors on Aristotle street don’t talk to each other, no one realizes that Sid gets six dinners each night. But when Sid gets a cold, being six people’s pet might be more than he bargained for.

Six-Dinner Sid is a Smarties Prize Winner and a NCTE Notable Children’s Books in the Language Arts Selection.