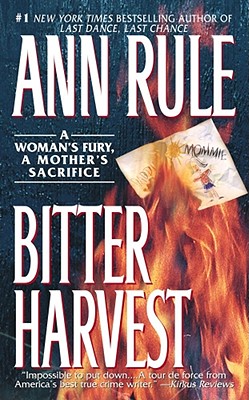 In this harrowing New York Times bestseller, Ann Rule is at her masterful best as she winnows horrific truths from the ashes of what seemed like paradise in Prairie Village, Kansas. Rule probes the case of Debora Green, a doctor and a loving mother who seemed to epitomize the dreams of the American heartland. A small-town girl with a genius IQ, she achieved an enviable life: her own medical practice, a handsome physician husband, three perfect children, and an opulent home in an exclusive Kansas City suburb. But when a raging fire destroyed that home and took two lives, the trail of clues led investigators to a stunning conclusion. Piece by piece, Ann Rule digs beneath this placid Midwestern facade to unveil a disturbing portrait of strangely troubled marriages, infidelity, desperation, suicide, and escalating acts of revenge that forever changed dozens of lives.

The Washington Post The case of Debora Green -- a woman whose promise seemed boundless -- is intriguing.

Ann Rule wrote thirty-five New York Times bestsellers, all of them still in print. Her first bestseller was The Stranger Beside Me, about her personal relationship with infamous serial killer Ted Bundy. A former Seattle police officer, she used her firsthand expertise in all her books. For more than three decades, she was a powerful advocate for victims of violent crime. She lived near Seattle and died in 2015.
Loading...
or support indie stores by buying on