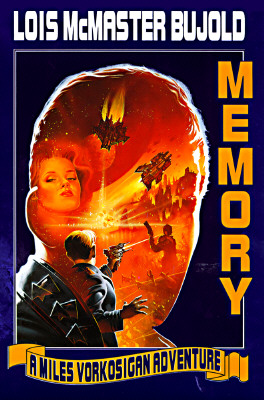 Dying is easy. Coming back to life is hard. At least that's what Miles Vorkosigan thinks and he should know, having done both once already. That was when he last visited the planet of Jackson's Whole, while rescuing his brother. Thanks to quick thinking on the part of his staff, and incredible artistry on the part of the specialist who revived him, his first death won't be his last. But his next one might be, a realization he finds profoundly unsettling. Even after he returns to military duty, his late death seems to be having a greater effect than he's willing to admit. Unfortunately, his weakness reveals itself to the world at large at just the wrong time and in just the wrong way, and Miles is summoned home to face Barrayaran security chief Simon Illyan. But when things begin to go subtly wrong in Imperial Security itself, "Who shall guard the guardians?" becomes a more-than-rhetorical question, with a potentially lethal answer. Things look bad, but they are far worse than Miles imagines, as he discovers his worst nightmares about Simon Illyan don't compare to Illyan's worst nightmares - or are they memories?