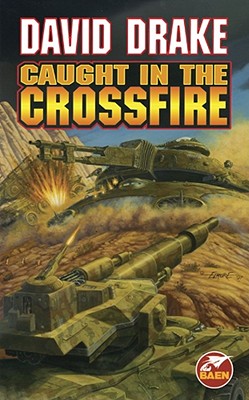 Caught in the Crossfire

Mercenary leader Alois Hammer has created an armored regiment that wins battles--Hammer's Slammers. Booklist says Drake's popular Hammer's Slammers series about futuristic mercenary tank troops . . . has produced some of the best in military science fiction. This book contains two novels, Counting the Cost and The Warrior, two short stories, and a completely new novelette, arranged in the order the author finds most satisfactory.