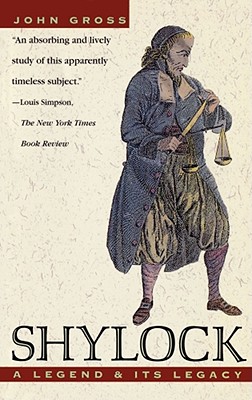 A Legend and Its Legacy

With brilliant historical perspective and insight, theater critic John Gross explores the complex and influential history that has given Shylock a life beyond the play and established him as a figure of world mythology.

Illuminating Shylock's evolution on the stage, his importance to writers and psychologists, and his enduring influence on society and culture, John Gross sheds as much light on our own shifting attitudes and beliefs as on the rich and disquieting figure Shakespeare created.

John Gross FRSL was an eminent English man of letters. A leading intellectual, writer, anthologist, and critic, The Guardian and The Spectator were among several publications to describe Gross as "the best-read man in Britain"
Loading...
or support indie stores by buying on