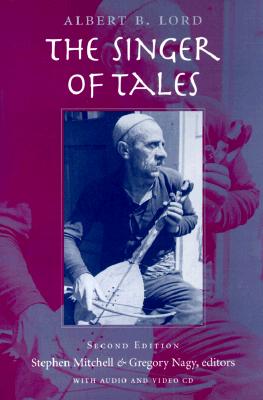 The Singer of Tales

This 40th anniversary edition of Albert Lord's classic work includes a unique enhancement: a CD containing the original audio recordings of all the passages of heroic songs quoted in the book; a video publication of the kinescopic filming of the most valued of the singers; and selected photographs taken during Milman Parry's collecting trips in the Balkans.

Parry began recording and studying a live tradition of oral narrative poetry in order to find an answer to the age-old Homeric Question: How had the author of the "Iliad" and "Odyssey" composed these two monumental epic poems at the very start of Europe's literary tradition? Parry's, and with him Lord's, enduring contribution--set forth in Lord's "The Singer of Tales"--was to demonstrate the process by which oral poets compose.

Now reissued with a new Introduction and an invaluable audio and visual record, this widely influential book is newly enriched to better serve everyone interested in the art and craft of oral literature.