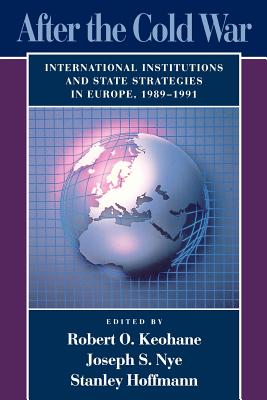 After the Cold War (Paperback)

In the fall of 1989 the world watched as the Berlin Wall came down. More than a dramatic symbol of the collapse of the Soviet bloc, the event marked the beginning of the end of the Cold War and the arrival of a whole new era in world politics. How the world powers, built upon foundations that were suddenly shifting, adapted to this new reality is the subject of After the Cold War. Bringing together the work of seasoned experts and younger scholars, this volume offers a wide-ranging analysis of the effects of historical patterns--whether interrupted or intact--on post-Cold War politics. The contributors show how state strategies among the major western powers were guided by existing international rules and expectations as these were institutionalized in organizations such as NATO, the European Community, and the International Monetary Fund. In the east, by contrast, those international institutions that had existed within the Soviet bloc were soon dissolved, so the business of determining state strategies and policies presented a new set of problems and took a very different tack. After the Cold War explores these continuities and discontinuities in five areas: trade, international public finance, foreign direct investment, environmental protection, and military security. Equally grounded in theory and extensive empirical research, this timely volume offers a remarkably lucid description and interpretation of our changing world order. In both its approach and its conclusions, it will serve as a model for the study and conduct of international relations in a new era.
or support indie stores by buying on
Copyright © 2020 American Booksellers Association