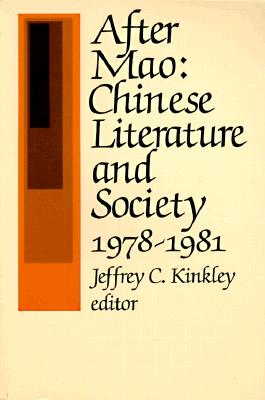 This is the first book in English to analyze the Chinese literary scene during the post-Mao thaw in government control. The seven contributors originally presented their research at a 1982 international conference at St. John's University, New York, which was attended by scholars from America, Europe, and Asia, including participants from the People's Republic of China and Taiwan.

The special focus on popular literature--science fiction, love stories, detective fiction--reflects China's new urban mass culture. These popular genres, plus the new "obscure" poetry, and the short-lived literary magazine Today are examined from an international comparative perspective and from a variety of viewpoints--literary, social, historical, political.

Those social and political realities that help determine what books are on hand in China for people to read are discussed. The final chapter presents data on periodical sales, book sales, library borrowings, and readers' stated preferences in large cities, with emphasis on Canton. Such investigations into what the Chinese public was writing and reading in the years 1978-1981 throw new light on Chinese social attitudes, ideals, morals, and taste.