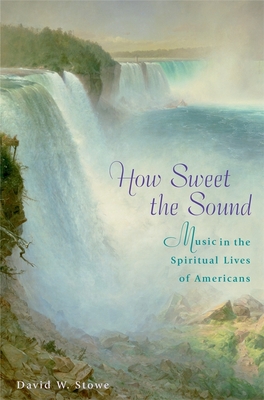 How Sweet the Sound (Hardcover)

Music in the Spiritual Lives of Americans

Musical expression is at the heart of the American spiritual experience. And nowhere can you gauge the depth of spiritual belief and practice more than through the music that fills America's houses of worship. Most amazing is how sacred music has been shaped by the exchanges of diverse peoples over time. How Sweet the Sound traces the evolution of sacred music from colonial times to the present, from the Puritans to Sun Ra, and shows how these cultural encounters have produced a rich harvest of song and faith.

Pursuing the intimate relationship between music and spirituality in America, Stowe focuses on the central creative moments in the unfolding life of sacred song. He fills his pages with the religious music of Indians, Shakers, Mormons, Moravians, African-Americans, Jews, Buddhists, and others. Juxtaposing music cultures across region, ethnicity, and time, he suggests the range and cross-fertilization of religious beliefs and musical practices that have formed the spiritual customs of the United States, producing a multireligious, multicultural brew.

Stowe traces the evolution of sacred music from hymns to hip-hop, finding Christian psalms deeply accented by the traditions of Judaism, and Native American and Buddhist customs influenced by Protestant Christianity. He shows how the creativity and malleability of sacred music can explain the proliferation of various forms of faith and the high rates of participation they've sustained. Its evolution truly parallels the evolution of American pluralism.