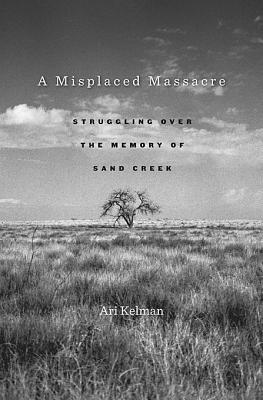 Struggling Over the Memory of Sand Creek

In the early morning of November 29, 1864, with the fate of the Union still uncertain, part of the First Colorado and nearly all of the Third Colorado volunteer regiments, commanded by Colonel John Chivington, surprised hundreds of Cheyenne and Arapaho people camped on the banks of Sand Creek in southeastern Colorado Territory. More than 150 Native Americans were slaughtered, the vast majority of them women, children, and the elderly, making it one of the most infamous cases of state-sponsored violence in U.S. history. "A Misplaced Massacre" examines the ways in which generations of Americans have struggled to come to terms with the meaning of both the attack and its aftermath, most publicly at the 2007 opening of the Sand Creek Massacre National Historic Site.

This site opened after a long and remarkably contentious planning process. Native Americans, Colorado ranchers, scholars, Park Service employees, and politicians alternately argued and allied with one another around the question of whether the nation's crimes, as well as its achievements, should be memorialized. Ari Kelman unearths the stories of those who lived through the atrocity, as well as those who grappled with its troubling legacy, to reveal how the intertwined histories of the conquest and colonization of the American West and the U.S. Civil War left enduring national scars.

Combining painstaking research with storytelling worthy of a novel, "A Misplaced Massacre" probes the intersection of history and memory, laying bare the ways differing groups of Americans come to know a shared past.

Ari Kelman is Associate Professor of History at the University of California, Davis.
Loading...
or
Not Currently Available for Direct Purchase