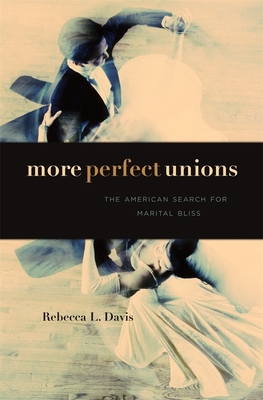 The American Search for Marital Bliss

The American fixation with marriage, so prevalent in today's debates over marriage for same-sex couples, owes much of its intensity to a small group of reformers who introduced Americans to marriage counseling in the 1930s. Today, millions of couples seek help to save their marriages each year. Over the intervening decades, marriage counseling has powerfully promoted the idea that successful marriages are essential to both individuals' and the nation's well-being.

Rebecca Davis reveals how couples and counselors transformed the ideal of the perfect marriage as they debated sexuality, childcare, mobility, wage earning, and autonomy, exposing both the fissures and aspirations of American society. From the economic dislocations of the Great Depression, to more recent debates over government-funded "Healthy Marriage" programs, counselors have responded to the shifting needs and goals of American couples. Tensions among personal fulfillment, career aims, religious identity, and socioeconomic status have coursed through the history of marriage and explain why the stakes in the institution are so fraught for the couples involved and for the communities to which they belong.

Americans care deeply about marriages--their own and other people's--because they have made enormous investments of time, money, and emotion to improve their own relationships and because they believe that their personal decisions about whom to marry or whether to divorce extend far beyond themselves. This intriguing book tells the uniquely American story of a culture gripped with the hope that, with enough effort and the right guidance, more perfect marital unions are within our reach.