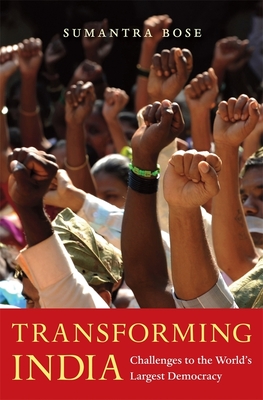 Challenges to the World's Largest Democracy

A nation of 1.25 billion people composed of numerous ethnic, linguistic, religious, and caste communities, India is the world's most diverse democracy. Drawing on his extensive fieldwork and experience of Indian politics, Sumantra Bose tells the story of democracy's evolution in India since the 1950s--and describes the many challenges it faces in the early twenty-first century.

Over the past two decades, India has changed from a country dominated by a single nationwide party into a robust multiparty and federal union, as regional parties and leaders have risen and flourished in many of India's twenty-eight states. The regionalization of the nation's political landscape has decentralized power, given communities a distinct voice, and deepened India's democracy, Bose finds, but the new era has also brought fresh dilemmas.

The dynamism of India's democracy derives from the active participation of the people--the demos. But as Bose makes clear, its transformation into a polity of, by, and for the people depends on tackling great problems of poverty, inequality, and oppression. This tension helps explain why Maoist revolutionaries wage war on the republic, and why people in the Kashmir Valley feel they are not full citizens. As India dramatically emerges on the global stage, Transforming India: Challenges to the World's Largest Democracy provides invaluable analysis of its complexity and distinctiveness.