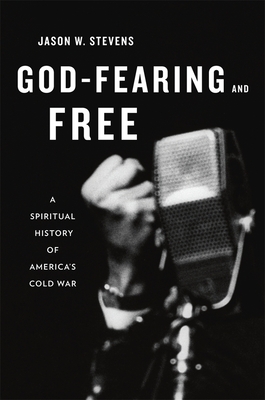 Religion has been on the rise in America for decades--which strikes many as a shocking new development. To the contrary, Jason Stevens asserts, the rumors of the death of God were premature. Americans have always conducted their cultural life through religious symbols, never more so than during the Cold War. In God-Fearing and Free, Stevens discloses how the nation, on top of the world and torn between grandiose self-congratulation and doubt about the future, opened the way for a new master narrative. The book shows how the American public, powered by a national religious revival, was purposefully disillusioned regarding the country's mythical innocence and fortified for an epochal struggle with totalitarianism.

Stevens reveals how the Augustinian doctrine of original sin was refurbished and then mobilized in a variety of cultural discourses that aimed to shore up democratic society against threats preying on the nation's internal weaknesses. Suddenly, innocence no longer meant a clear conscience. Instead it became synonymous with totalitarian ideologies of the fascist right or the communist left, whose notions of perfectability were dangerously close to millenarian ideals at the heart of American Protestant tradition. As America became riddled with self-doubt, ruminations on the meaning of power and the future of the globe during the "American Century" renewed the impetus to religion. Covering a wide selection of narrative and cultural forms, Stevens shows how writers, artists, and intellectuals, the devout as well as the nonreligious, disseminated the terms of this cultural dialogue, disputing, refining, and challenging it--effectively making the conservative case against modernity as liberals floundered.