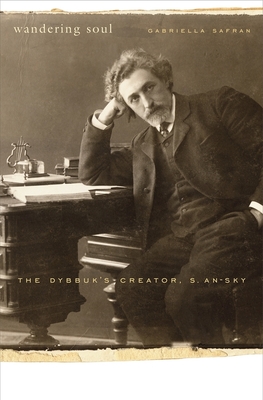 The man who would become S. An-sky--ethnographer, war correspondent, author of the best-known Yiddish play, The Dybbuk--was born Shloyme-Zanvl Rapoport in 1863, in Russia's Pale of Settlement. His journey from the streets of Vitebsk to the center of modern Yiddish and Hebrew theater, by way of St. Petersburg, Paris, and war-torn Austria-Hungry, was both extraordinary and in some ways typical: Marc Chagall, another child of Vitebsk, would make a similar transit a generation later. Like Chagall, An-sky was loyal to multiple, conflicting Jewish, Russian, and European identities. And like Chagall, An-sky made his physical and cultural transience manifest as he drew on Jewish folk culture to create art that defied nationality.

Leaving Vitebsk at seventeen, An-sky forged a number of apparently contradictory paths. A witness to peasant poverty, pogroms, and war, he tried to rescue the vestiges of disappearing communities even while fighting for reform. A loner addicted to reinventing himself--at times a Russian laborer, a radical orator, a Jewish activist, an ethnographer of Hasidism, a wartime relief worker--An-sky saw himself as a savior of the people's culture and its artifacts. What united the disparate strands of his life was his eagerness to speak to and for as many people as possible, regardless of their language or national origin. In this first full-length biography in English, Gabriella Safran, using Russian, Yiddish, Hebrew, and French sources, recreates this neglected protean figure who, with his passions, struggles, and art, anticipated the complicated identities of the European Jews who would follow him.