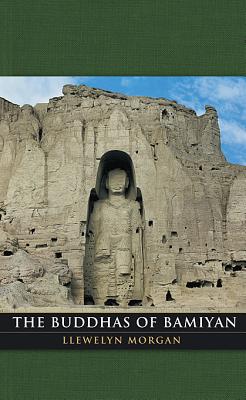 The Buddhas of Bamiyan (Hardcover)

For 1,400 years, two colossal figures of the Buddha overlooked the fertile Bamiyan Valley on the Silk Road in Afghanistan. Witness to a melting pot of passing monks, merchants, and armies, the Buddhas embodied the intersection of East and West, and their destruction by the Taliban in 2001 provoked international outrage. Llewelyn Morgan excavates the layers of meaning these vanished wonders hold for a fractured Afghanistan.

Carved in the sixth and seventh centuries, the Buddhas represented a confluence of religious and artistic traditions from India, China, Central Asia, and Iran, and even an echo of Greek influence brought by Alexander the Great's armies. By the time Genghis Khan destroyed the town of Bamiyan six centuries later, Islam had replaced Buddhism as the local religion, and the Buddhas were celebrated as wonders of the Islamic world. Not until the nineteenth century did these figures come to the attention of Westerners. That is also the historical moment when the ground was laid for many of Afghanistan's current problems, including the rise of the Taliban and the oppression of the Hazara people of Bamiyan. In a strange twist, the Hazaras descendants of the conquering Mongol hordes who stormed Bamiyan in the thirteenth century had come to venerate the Buddhas that once dominated their valley as symbols of their very different religious identity.

Incorporating the voices of the holy men, adventurers, and hostages throughout history who set eyes on the Bamiyan Buddhas, Morgan tells the history of this region of paradox and heartache.

Llewelyn Morgan is University Lecturer in Classical Language and Literature at the University of Oxford Author's Home: Oxford, UK
or
Not Currently Available for Direct Purchase
Copyright © 2020 American Booksellers Association