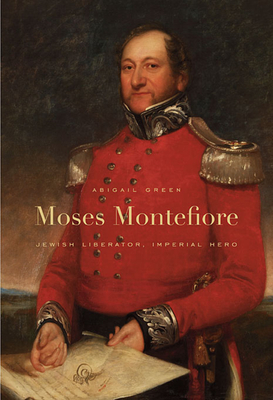 Humanitarian, philanthropist, and campaigner for Jewish emancipation on a grand scale, Sir Moses Montefiore (1784-1885) was the preeminent Jewish figure of the nineteenth century--and one of the first truly global celebrities. His story, told here in full for the first time, is a remarkable and illuminating tale of diplomacy and adventure. Abigail Green's sweeping biography follows Montefiore through the realms of court and ghetto, tsar and sultan, synagogue and stock exchange.

Interweaving the public triumph of Montefiore's foreign missions with the private tragedy of his childless marriage, this book brings the diversity of nineteenth-century Jewry brilliantly to life--from London to Jerusalem, Rome to St. Petersburg, Morocco to Istanbul. Here we see the origins of Zionism and the rise of international Jewish consciousness, the faltering birth of international human rights, and the making of the modern Middle East. With the globalization and mobilization of religious identities now at the top of the political agenda, Montefiore's life story is relevant as never before.

Mining materials from eleven countries in nine languages, Green's masterly biography bridges the East-West divide in modern Jewish history, presenting the transformation of Jewish life in Europe, the Middle East, and the New World as part of a single global phenomenon. As it reestablishes Montefiore's status as a major historical player, it also restores a significant chapter to the history of our modern world.