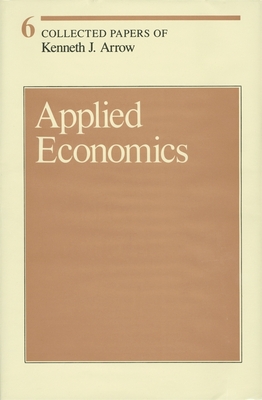 Unlike the papers of some other great economists, those of Kenneth Arrow are being read and studied today with even greater care and attention than when they first appeared in the journals. The publication of his collected papers will therefore be welcomed by economists and other social scientists and in particular by graduate students, who can draw from them the deep knowledge and the discernment in selection of scientific problems that only a master can offer. The author has added headnotes to certain well-known papers, describing how he came to write them.

Although economic theory has been Kenneth Arrow's comparative advantage as well as his special interest, from time to time he has turned his attention to applied problems, often with unexpected results. A request from the Ford Foundation to write a survey of health economics led to his famous paper, "Uncertainty and the Welfare Economics of Medical Care," which raised for the first time many issues in the economics of information, particularly what are now called incentive compatibility issues. Other fruitful papers included in this volume deal with racial discrimination, the cost of oil imports, health insurance, environmental resources, and urban economics. Arrow's main interest in studying these disparate problems has been their potential source for new theory as well as their policy applications.