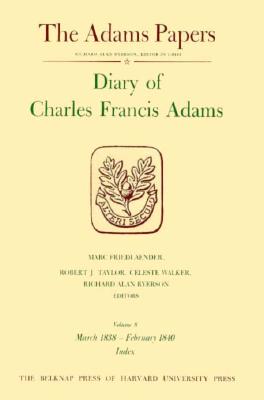 The period of June 1836 to February 1840, from Charles Francis Adams's twenty-eighth to thirty-second year, was characterized by his turn from the political activities that had occupied him for the preceding several years. The course of the Van Buren administration he had helped to elect dissatisfied him, the Massachusetts Whig leadership had earned his distrust, positions on political issues that would either echo or oppose those being vigorously espoused by his father, John Quincy Adams, he felt inhibited from avowing publicly. So confronted, Charles found occupation in preparing and expressing himself on economic matters of moment--banking and currency--and moral questions generated by the slavery issue. With increasing effectiveness he employed the lecture platform and the press for the expression of views to which he felt free to attach his name. On all these matters he found his opinions at odds with the prevailing ones held among those prominent in the Boston scene, as John Adams and John Quincy Adams had found before him. Yet, despite a sense of loneliness, so induced, his participation in the varied social life of the city has its place in the Diary.

However, activities in Boston and its environs that provided a focus for the record of the preceding years give way in these volumes to wider scenes made available by train and ship. An extensive journey with his wife by way of the Hudson River and the Erie Canal to Niagara and Canada, a visit of some length and interest in Washington, and stays of lesser length in New York City are recounted.

Wide and persistent reading, the theater, numismatics, and the building of a summer home in Quincy also occupied him and are fully reflected in his journal. Family tragedies are not absent from its pages. As the period comes to its close his long and distinguished labors as editor of the family's papers had begun. A new self-assurance has become evident.