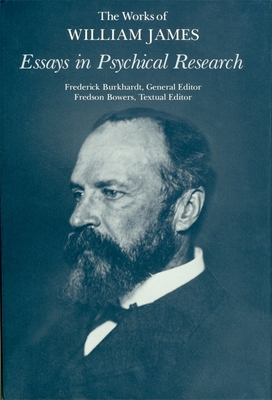 The more than fifty articles, essays, and reviews in this volume, collected here for the first time, were published by William James over a span of some twenty-five years. The record of a sustained interest in phenomena of a highly controversial nature, they make it amply clear that James's work in psychical research was not an eccentric hobby but a serious and sympathetic concern. James was broad-minded in his approach but tough-minded in his demand that investigations be conducted in rigorous scientific terms. He hoped his study of psychic phenomena would strengthen the philosophy of an open-ended, pluralistic universe that he was formulating during the same period, and he looked forward to the new horizons for human experience that a successful outcome of his research would create.

Robert A. McDermott, in his Introduction, discusses the relation of these essays to James's other work in philosophy, psychology, and religion.