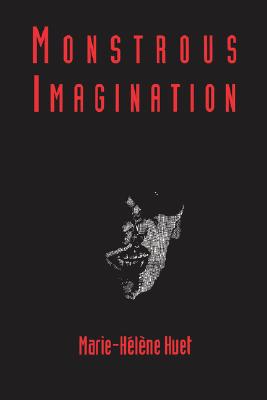 "What woeful maternal fancy produced such a monster?" This was once the question asked when a deformed infant was born. From classical antiquity through the Enlightenment, the monstrous child bore witness to the fearsome power of the mother's imagination. What such a notion meant and how it reappeared, transformed, in the Romantic period are the questions explored in this book, a fascinating study of theories linking imagination, art, and monstrous progeny.

Down through the Middle Ages and the Renaissance, philosophers and men of science rendered their learned opinions on the power of the female imagination to dominate, and thus distort, the act of procreation. Drawing on biological and physiological texts from classical times through the nineteenth century, Marie-H l ne Huet presents this argument as it evolved and as it reflected doubts about the force of paternity. She shows how, in the late eighteenth century, the discussion shifted from the scientific sphere to the aesthetic, and how the idea of imagination as monstrous progenitor eventually became a Romantic conceit. In reinterpreting art as teratology, however, Romanticism reclaimed the subversive power of imagination as a masculine attribute; it was now the artist as monstrous father who would generate new forms. From Ambroise Pare to Diderot, from Shelley to Hawthorne, Balzac and Villiers de l'Isle-Adam, as Huet demonstrates, the monster and the work of art challenged preconceived ideas of the natural order of things--and disclosed, for all to see, the silent desire of their makers: to procreate without the other.

In this analysis of monstrous genesis Huet examines anew such questions as the authorship of Frankenstein, the birth of the Tussaud wax museum, and the ancient legend of the golem. Bringing together philosophy and science, aesthetics and popular culture, Monstrous Imagination is a marvel of intellectual history--a remarkable account of how the imagination has manifested itself, above all, in theory.