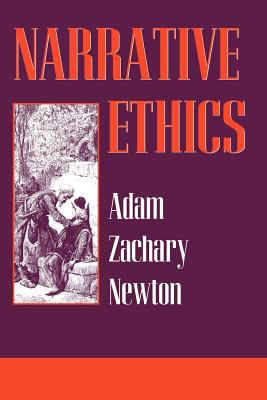 The ethics of literature, formalists have insisted, resides in the moral quality of a character, a story, perhaps the relation between author and reader. But in the wake of deconstruction and various forms of criticism focusing on difference, the ethical question has been freshly negotiated by literary studies, and to this approach Adam Newton brings a startling new thrust. His book makes a compelling case for understanding narrative as ethics. Assuming an intrinsic and necessary connection between the two, Newton explores the ethical consequences of telling stories and fictionalizing character, and the reciprocal claims binding teller, listener, witness, and reader in the process. He treats these relations as defining properties of prose fiction, of particular import in nineteenth- and twentieth-century texts.

Newton's fresh and nuanced readings cover a wide range of authors and periods, from Charles Dickens to Kazuo Ishiguro and Julian Barnes, from Herman Melville to Richard Wright, from Joseph Conrad and Henry James to Sherwood Anderson and Stephen Crane. An original work of theory as well as a deft critical performance, Narrative Ethics also stakes a claim for itself as moral inquiry. To that end, Newton braids together the ethical-philosophical projects of Emmanuel Levinas, Stanley Cavell, and Mikhail Bakhtin as a kind of chorus for his textual analyses--an elegant bridge between philosophy's ear and literary criticism's voice. His work will generate enormous interest among scholars and students of English and American literature, as well as specialists in narrative and literary theory, hermeneutics, and contemporary philosophy.