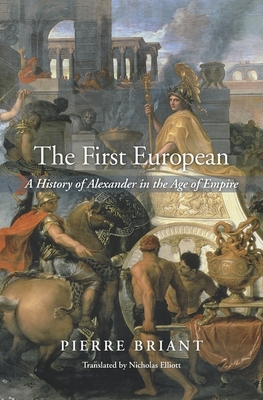 A History of Alexander in the Age of Empire

The exploits of Alexander the Great were so remarkable that for centuries after his death the Macedonian ruler seemed a figure more of legend than of history. Thinkers of the European Enlightenment, searching for ancient models to understand contemporary affairs, were the first to critically interpret Alexander's achievements. As Pierre Briant shows, in the minds of eighteenth-century intellectuals and philosophes, Alexander was the first European: a successful creator of empire who opened the door to new sources of trade and scientific knowledge, and an enlightened leader who brought the fruits of Western civilization to an oppressed and backward "Orient."

In France, Scotland, England, and Germany, Alexander the Great became an important point of reference in discourses from philosophy and history to political economy and geography. Voltaire, Montesquieu, and Robertson asked what lessons Alexander's empire-building had to teach modern Europeans. They saw the ancient Macedonian as the embodiment of the rational and benevolent Western ruler, a historical model to be emulated as Western powers accelerated their colonial expansion into Asia, India, and the Middle East.

For a Europe that had to contend with the formidable Ottoman Empire, Alexander provided an important precedent as the conqueror who had brought great tyrants of the "Orient" to heel. As The First European makes clear, in the minds of Europe's leading thinkers, Alexander was not an aggressive militarist but a civilizing force whose conquests revitalized Asian lands that had lain stagnant for centuries under the lash of despotic rulers.