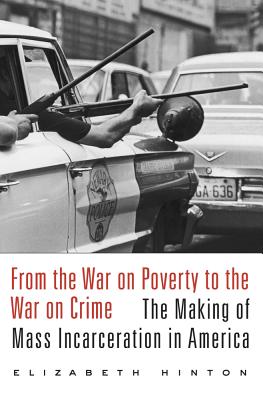 In the United States today, one in every thirty-one adults is under some form of penal control, including one in eleven African American men. How did the "land of the free" become the home of the world's largest prison system? Challenging the belief that America's prison problem originated with the Reagan administration's War on Drugs, Elizabeth Hinton traces the rise of mass incarceration to an ironic source: the social welfare programs of Lyndon Johnson's Great Society at the height of the civil rights era.

By the 1980s, crime control and incarceration dominated national responses to poverty and inequality. The initiatives of that decade were less a sharp departure than the full realization of the punitive transformation of urban policy implemented by Republicans and Democrats alike since the 1960s.