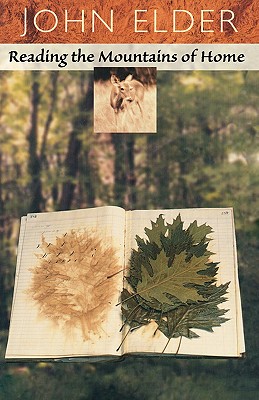 Reading the Mountains of Home

Small farms once occupied the heights that John Elder calls home, but now only a few cellar holes and tumbled stone walls remain among the dense stands of maple, beech, and hemlocks on these Vermont hills. Reading the Mountains of Homeis a journey into these verdant reaches where in the last century humans tried their hand and where bear and moose now find shelter. As John Elder is our guide, so Robert Frost is Elder's companion, his great poem Directive seeing us through a landscape in which nature and literature, loss and recovery, are inextricably joined.

Over the course of a year, Elder takes us on his hikes through the forested uplands between South Mountain and North Mountain, reflecting on the forces of nature, from the descent of the glaciers to the rush of the New Haven River, that shaped a plateau for his village of Bristol; and on the human will that denuded and farmed and abandoned the mountains so many years ago. His forays wind through the flinty relics of nineteenth-century homesteads and Abenaki settlements, leading to meditations on both human failure and the possibility for deeper communion with the land and others. An exploration of the body and soul of a place, an interpretive map of its natural and literary life, Reading the Mountains of Home strikes a moving balance between the pressures of civilization and the attraction of wilderness. It is a beautiful work of nature writing in which human nature finds its place, where the reader is invited to follow the last line of Frost's Directive, to Drink and be whole again beyond confusion.