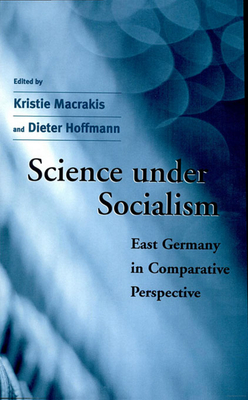 Taking advantage of documents never before available from the archives of the East German Communist Party and the Ministry for State Security, and drawing on interviews with, among others, the legendary spy chief Markus Wolf and members of the East German Politburo, Science under Socialism is the first book to examine the role of science and technology in the former German Democratic Republic. The result is a multi-layered analysis of the scientific enterprise that provides a fascinating glimpse into what it took to construct a new socialist state and the role science and technology played in it.

The book is organized around general policy issues, institutions, disciplines, and biographies. An international cast of contributors (Americans, former East Germans, and former West Germans) take the reader on a journey from the view of science policymakers, to the construction of "socialist" institutions for science, to the role of espionage in technology transfer, to the social and political context of the chemical industry, engineers, nuclear power, biology, computers, and finally the career trajectories of scientists through the vicissitudes of twentieth-century German history.

By providing a historical understanding of the scientific enterprise in East Germany, Science under Socialism also offers the fullest account we have of the effect of state socialism on the development of science.