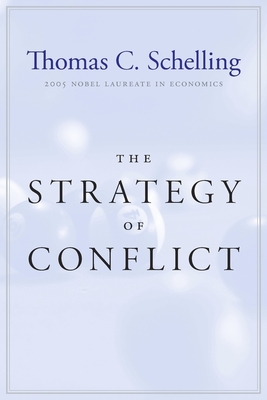 The Strategy of Conflict

With a New Preface by the Author

A series of closely interrelated essays on game theory, this book deals with an area in which progress has been least satisfactory--the situations where there is a common interest as well as conflict between adversaries: negotiations, war and threats of war, criminal deterrence, extortion, tacit bargaining. It proposes enlightening similarities between, for instance, maneuvering in limited war and in a traffic jam; deterring the Russians and one's own children; the modern strategy of terror and the ancient institution of hostages.