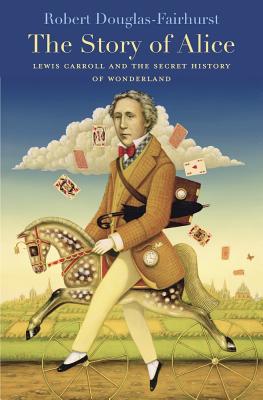 The Story of Alice

Lewis Carroll and the Secret History of Wonderland

Following his acclaimed life of Dickens, Robert Douglas-Fairhurst illuminates the tangled history of two lives and two books. Drawing on numerous unpublished sources, he examines in detail the peculiar friendship between the Oxford mathematician Charles Dodgson (Lewis Carroll) and Alice Liddell, the child for whom he invented the Alice stories, and analyzes how this relationship stirred Carroll's imagination and influenced the creation of Wonderland. It also explains why Alice in Wonderland (1865) and its sequel, Through the Looking-Glass (1871), took on an unstoppable cultural momentum in the Victorian era and why, a century and a half later, they continue to enthrall and delight readers of all ages.

The Story of Alice reveals Carroll as both an innovator and a stodgy traditionalist, entrenched in habits and routines. He had a keen double interest in keeping things moving and keeping them just as they are. (In Looking-Glass Land, Alice must run faster and faster just to stay in one place.) Tracing the development of the Alice books from their inception in 1862 to Liddell's death in 1934, Douglas-Fairhurst also provides a keyhole through which to observe a larger, shifting cultural landscape: the birth of photography, changing definitions of childhood, murky questions about sex and sexuality, and the relationship between Carroll's books and other works of Victorian literature.

In the stormy transition from the Victorian to the modern era, Douglas-Fairhurst shows, Wonderland became a sheltered world apart, where the line between the actual and the possible was continually blurred.