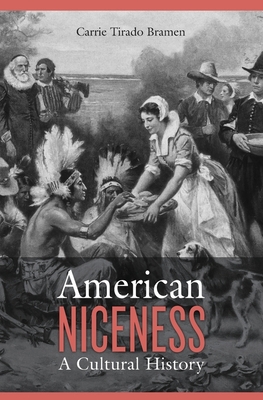 The clich of the Ugly American--loud, vulgar, materialistic, chauvinistic--still expresses what people around the world dislike about their Yankee counterparts. Carrie Tirado Bramen recovers the history of a very different national archetype--the nice American--which has been central to ideas of U.S. identity since the nineteenth century.

Niceness is often assumed to be a superficial concept unworthy of serious analysis. Yet the distinctiveness of Americans has been shaped by values of sociality and likability for which the adjective "nice" became a catchall. In America's fledgling democracy, niceness was understood to be the indispensable trait of a people who were refreshingly free of Old World snobbery. Bramen elucidates the role niceness plays in a particular fantasy of American exceptionalism, one based not on military and economic might but on friendliness and openness. Niceness defined the attitudes of a plucky (and white) settler nation, commonly expressed through an affect that Bramen calls "manifest cheerfulness."

To reveal its contested inflections, Bramen shows how American niceness intersects with ideas of femininity, Native American hospitality, and black amiability. Who claimed niceness and why? Despite evidence to the contrary, Americans have largely considered themselves to be a fundamentally nice and decent people, from the supposedly amicable meeting of Puritans and Native Americans at Plymouth Rock to the early days of American imperialism when the mythology of Plymouth Rock became a portable emblem of goodwill for U.S. occupation forces in the Philippines.