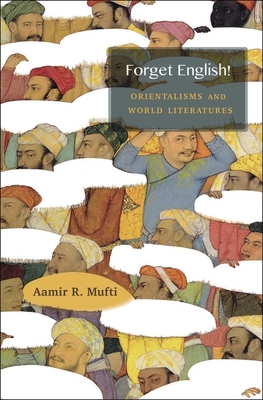 A Choice Outstanding Academic Title of the Year

The idea of world literature has garnered much attention recently as a discipline that promises to move humanistic study beyond postcolonial theory and antiquated paradigms of "national" literary traditions. In Forget English Aamir Mufti scrutinizes the claims made on behalf of world literature by its advocates. The notion of a borderless, egalitarian global literature has obvious appeal, he notes, but behind it lurks the continuing dominance of English as a literary language and a cultural system of international reach.

"Mufti's book is in one sense a quarrel with Salman Rushdie's overly enthusiastic celebration of English-language 'postcolonial' South Asian literature, but more important, the book extends, qualifies, and enriches Edward Said's work on Orientalism, demonstrating that despite its promise, world literature does not eliminate the dominant role of the Anglophone book market in shaping South Asian literature...Mufti's book is both accessible and theoretically informed."
--K. T l lyan, Choice