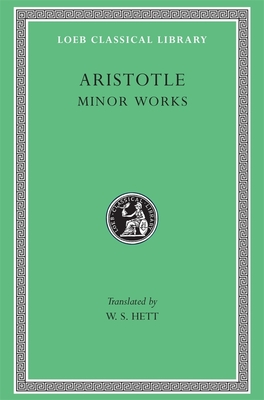 Aristotle, great Greek philosopher, researcher, reasoner, and writer, born at Stagirus in 384 BCE, was the son of Nicomachus, a physician, and Phaestis. He studied under Plato at Athens and taught there (367-47); subsequently he spent three years at the court of a former pupil, Hermeias, in Asia Minor and at this time married Pythias, one of Hermeias's relations. After some time at Mitylene, in 343-2 he was appointed by King Philip of Macedon to be tutor of his teen-aged son Alexander. After Philip's death in 336, Aristotle became head of his own school (of "Peripatetics"), the Lyceum at Athens. Because of anti-Macedonian feeling there after Alexander's death in 323, he withdrew to Chalcis in Euboea, where he died in 322.Nearly all the works Aristotle prepared for publication are lost; the priceless ones extant are lecture-materials, notes, and memoranda (some are spurious). They can be categorized as follows: I. Practical: Nicomachean Ethics; Great Ethics (Magna Moralia); Eudemian Ethics; Politics; Oeconomica (on the good of the family); Virtues and Vices.
II. Logical: Categories; On Interpretation; Analytics (Prior and Posterior); On Sophistical Refutations; Topica.
III. Physical: Twenty-six works (some suspect) including astronomy, generation and destruction, the senses, memory, sleep, dreams, life, facts about animals, etc.
IV. Metaphysics on being as being.
V. On Art: Art of Rhetoric and Poetics.
VI. Other works including the Athenian Constitution; more works also of doubtful authorship.
VII. Fragments of various works such as dialogues on philosophy and literature; and of treatises on rhetoric, politics and metaphysics.The Loeb Classical Library(R) edition of Aristotle is in twenty-three volumes.