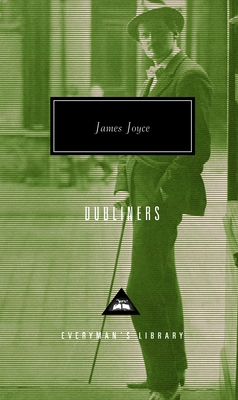 Though James Joyce began these stories of Dublin life in 1904 when he was twenty-two and completed them in 1907, their unconventional themes and language led to repeated rejections by publishers and delayed publication until 1914. In the century since, his story “The Dead” has come to be seen as one of the most powerful evocations of human loss and longing that the English language possesses; all the other stories in Dubliners are as beautifully turned and as greatly admired. They remind us once again that James Joyce was not only modernism’s chief innovator but also one of its most intimate and poetic writers.

In this edition the text has been revised in keeping with Joyce’s wishes, and the original versions of “The Sisters,” “Eveline,” and “After the Race” have been made available in an appendix, along with Joyce’s suppressed preface to the 1914 edition of Dubliners.

“In Dubliners, Joyce’s first attempt to register in language and fictive form the protean complexities of the ‘reality of experience,’ he learns the paradoxical lesson that only through the most rigorous economy, only by concentrating on the minutest of particulars, can he have any hope of engaging with the immensity of the world.”–from the Introduction

“Joyce renews our apprehension of reality, strengthens our sympathy with our fellow creatures, and leaves us in awe before the mystery of created things.” –Atlantic Monthly

“It is in the prose of Dubliners that we first hear the authentic rhythms of Joyce the poet…Dubliners is, in a very real sense, the foundation of Joyce’s art. In shaping its stories, he developed that mastery of naturalistic detail and symbolic design which is the hallmark of his mature fiction.” –Robert Scholes and A. Walton Litz, authors of Dubliners: Text and Criticism

With an Introduction by John Kelly