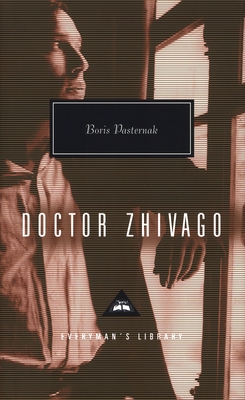 In the grand tradition of the epic novel, Boris Pasternak’s masterpiece brings to life the drama and immensity of the Russian Revolution through the story of the gifted physician-poet, Zhivago; the revolutionary, Strelnikov; and Lara, the passionate woman they both love. Caught up in the great events of politics and war that eventually destroy him and millions of others, Zhivago clings to the private world of family life and love, embodied especially in the magical Lara.

First published in Italy in 1957, Doctor Zhivago was not allowed to appear in the Soviet Union until 1987, twenty-seven years after the author’s death.

BORIS Leonidovich PASTERNAK won the Nobel Prize in Literature in 1958 "for his important achievement both in contemporary lyrical poetry and in the field of the great Russian epic tradition.” — the Nobel Prize committee. Pasternak had to decline the honor because of the protests in his home country. Doctor Zhivago became an international bestseller and was translated into 18 languages but circulated only in secrecy and translation in Russia. In 1987 the Union of Soviet Writers posthumously reinstated Pasternak, a move that gave his works a legitimacy they had lacked in the Soviet Union since his expulsion from the writers' union in 1958 and that finally made possible the publication of Doctor Zhivago in the Soviet Union. Pasternak's son accepted his father's Nobel Prize medal at a ceremony in Stockholm in 1989.

“The best way to understand Pasternak’s achievement in Doctor Zhivago is to see it in terms of this great Russian literary tradition, as a fairy tale, not so much of good and evil as of opposing forces and needs in human destiny and history that can never be reconciled . . . [Zhivago is] a figure who embodies the principle of life itself, the principle that contradicts every abstraction of revolutionary politics.”—from the Introduction by John Bayley
or support indie stores by buying on
Copyright © 2020 American Booksellers Association