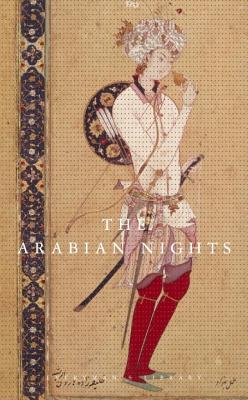 These stories (and stories within stories, and stories within stories within stories), told by the Princess Shahrazad under the threat of death if she ceases to amuse, first reached the West around 1700. They fired in the European imagination an appetite for the mysterious and exotic which has never left it. Collected over centuries from India, Persia, and Arabia, and ranging from vivacious erotica, animal fables, and adventure fantasies to pointed Sufi tales, the stories of The Arabian Nights provided the daily entertainment of the medieval Islamic world at the height of its glory.

The present new translation by Husain Haddawy is of the Mahdi edition, the definitive Arabic edition of a fourteenth-century Syrian manuscript in the Bibliothèque Nationale in Paris, which is the oldest surviving version of the tales and is considered to be the most authentic. This early version is without the embellishments and additions that appear in later Indian and Egyptian manuscripts, on which all previous English translations were based.

Praise For The Arabian Nights…

“The essential quality of these tales lies in their success in interweaving the unusual, the extraordinary, the marvelous, and the supernatural into the fabric of everyday life . . . In the [Arabian] Nights themselves, tales divert, cure, redeem, and save lives . . . They are enriched by the pleasure of a marvelous adventure and a sense of wonder, which makes life possible.” –from the Introduction by Husain Haddawy