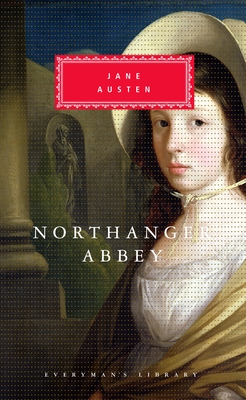 Northanger Abbey is a perfectly aimed literary parody that is also a withering satire of the commercial aspects of marriage among the English gentry at the turn of the nineteenth century. But most of all, it is the story of the initiation into life of its naïve but sweetly appealing heroine, Catherine Morland, a willing victim of the contemporary craze for Gothic literature who is determined to see herself as the heroine of a dark and thrilling romance. When she is invited to Northanger Abbey, the grand though forbidding ancestral seat of her suitor, Henry Tilney, she finds herself embroiled in a real drama of misapprehension, mistreatment, and mortification, until common sense and humor–and a crucial clarification of Catherine’s financial status–resolve her problems and win her the approval of Henry’s formidable father.

Written in 1798 but not published until after Austen’s death in 1817, Northanger Abbey is characteristically clearheaded and strong, and infinitely subtle in its comedy.

“It is tempting to argue [that] Austen opted to initiate her career with Northanger Abbey because in addition to being a good novel it alone was also a manifesto of her artistic program . . . Northanger Abbey is a delightful novel, but also a serious one, and the first completely to master the stylistic method that would become the hallmark of its author’s art: irony.” –from the Introduction by Claudia L. Johnson

Though the domain of Jane Austen’s novels was as circumscribed as her life, her caustic wit and keen observation made her the equal of the greatest novelists in any language. Born the seventh child of the rector of Steventon, Hampshire, on December 16, 1775, she was educated mainly at home. At an early age she began writing sketches and satires of popular novels for her family’s entertainment. As a clergyman’s daughter from a well-connected family, she had an ample opportunity to study the habits of the middle class, the gentry, and the aristocracy. At twenty-one, she began a novel called “The First Impressions,” an early version of Pride and Prejudice. In 1801, on her father’s retirement, the family moved to the fashionable resort of Bath. Two years later she sold the first version of Northanger Abby to a London publisher, but the first of her novels to appear was Sense and Sensibility, published at her own expense in 1811. It was followed by Pride and Prejudice (1813), Mansfield Park (1814), and Emma (1815).

After her father died in 1805, the family first moved to Southampton then to Chawton Cottage in Hampshire. Despite this relative retirement, Jane Austen was still in touch with a wider world, mainly through her brothers; one had become a very rich country gentleman, another a London banker, and two were naval officers. Though her many novels were published anonymously, she had many early and devoted readers, among them the Prince Regent and Sir Walter Scott. In 1816, in declining health, Austen wrote Persuasion and revised Northanger Abby. Her last work, Sandition, was left unfinished at her death on July 18, 1817. She was buried in Winchester Cathedral. Austen’s identity as an author was announced to the world posthumously by her brother Henry, who supervised the publication of Northanger Abby and Persuasion in 1818.
Loading...
or support indie stores by buying on