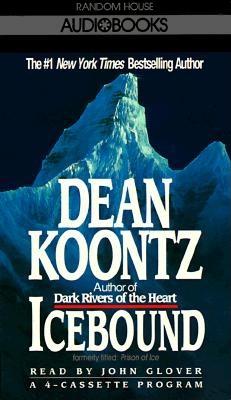 A stunning and suspenseful thriller, about humanity's continuous and sometimes futile battle against nature from one of the most popular and bestselling authors in America.

Conducting a strange and urgent experiment of the Arctic icefield, a team of scientists has planted sixty powerful explosive charges that will detonate at midnight. Before they can withdraw to the safety of the base camp, a shattering tidal wave breaks loose the ice on which they are working. Now they are hopelessly marooned on an iceberg during a violent winter storm. The bombs beneath them are buried irretrievable deep . . . and ticking. And they discover that one of them is an assassin with mission of his won. This is classic Koontz.

"Jammed with the tensions of imminent disaster. The whole thing unfolds with the timing of a quartz watch."-- Chicago Tribune


About the Reader
John Glover has appeared in the films Melvin and Howard, Annie Hall, Scrooged, Gremilns 2, and Robocop 2. Other credits include the television movie An early Frost and the Broadway play Frankenstein.
Loading...
or
Not Currently Available for Direct Purchase