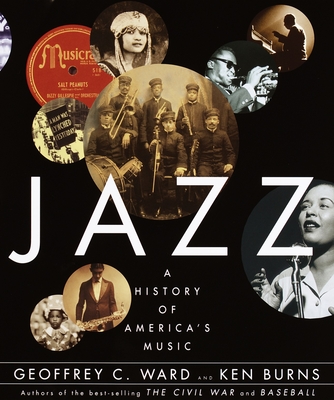 Geoffrey C. Ward is the author of eleven books, including A First-Class Temperament, which won the 1989 National Book Critics Circle Award and the 1990 Francis Parkman Prize of the Society of American Historians. He has written or co-written many documentary films, including The Civil War, Baseball, The West, Thomas Jefferson, Not for Ourselves Alone, and Jazz. He lives in New York City.

Ken Burns, founder of Florentine Films, is a director, producer, and writer who has been making documentaries for more than twenty years. His landmark film The Civil War was the highest-rated series in the history of American public television, and his work has won numerous prizes, including the Emmy and Peabody Awards. He lives in Walpole, New Hampshire.

With essays by Dan Morgenstern, Gerald Early, Gary Giddins, and Stanley Crouch. And featuring interviews with Wynton Marsalis and Albert Murray.
Loading...
or support indie stores by buying on