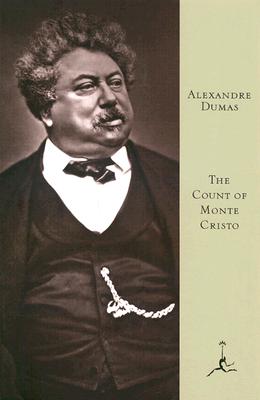 The Count of Monte Cristo

A popular bestseller since its publication in 1844, The Count of Monte Cristo is one of the great page-turning thrillers of all time. Set against the tumultuous years of the post-Napoleonic era, Alexandre Dumas’s grand historical romance recounts the swashbuckling adventures of Edmond Dantès, a dashing young sailor falsely accused of treason. The story of his long imprisonment, dramatic escape, and carefully wrought revenge offers up a vision of France that has become immortal. As Robert Louis Stevenson declared, “I do not believe there is another volume extant where you can breathe the same unmingled atmosphere of romance.”

Praise For The Count of Monte Cristo…

"Dumas was . . . a summit of art. Nobody ever could, or did, or will improve upon Dumas's romances and plays."—George Bernard Shaw

Alexandre Dumas (1802–1870) lived a life as romantic as that depicted in his famous novels. He was born in Villers-Cotterêts, France. His early education was scanty, but his beautiful handwriting secured him a position in Paris in 1822 with the du’Orléans, where he read voraciously and began to write. His first play, Henri III et sa cour (1829), scored a resounding success for its author and the romantic movement. His lavish spending and flamboyant habits led to the construction of his fabulous Château de Monte-Cristo, and in 1851 he fled to Belgium to escape creditors. Dumas’s overall literary output reached more than 277 volumes, but his brilliant historical novels made him the most universally read of all French novelists. With collaborators, mainly Auguste Maquet, Dumas wrote such works as The Three Musketeers (1843–1844); its sequels, Twenty Years After (1845) and the great mystery The Man in the Iron Mask (1845–1850); and The Count of Monte Cristo (1844). His work ignored historical accuracy, psychology, and analysis, but its thrilling adventure and exuberant inventiveness continued to delight readers, and Dumas remains one of the prodigies of nineteenth-century French literature.
Loading...
or support indie stores by buying on