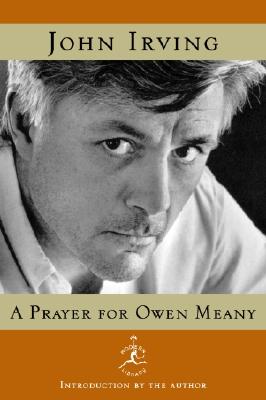 In the summer of 1953, two eleven-year-old boys—best friends—are playing in a Little League baseball game in Gravesend, New Hampshire. One of the boys hits a foul ball that kills the other boy’s mother. The boy who hits the ball doesn’t believe in accidents; Owen Meany believes he is God’s instrument. What happens to Owen, after that 1953 foul ball, is extraordinary and terrifying.

A Prayer for Owen Meany was first published in 1989. This Modern Library edition includes a new Introduction by the author.

John Irving published his first novel at the age of twenty-six. He has received awards from the Rockefeller Foundation, the National Endowment for the Arts, and the Guggenheim Foundation; he has won an O. Henry Award, a National Book Award, and an Oscar.

In 1992, Mr. Irving was inducted into the National Wrestling Hall of Fame in Stillwater, Oklahoma. In January 2001, he was elected to the American Academy of Arts and Letters.
Loading...
or
Not Currently Available for Direct Purchase